I always tell those who ask of my advice on training for a race that it is all about preparation, structure and discipline. As is my wont, I tend to tell them whether they ask or not. The age-old saying about slow and steady winning the race is best applied to the training stage rather than the actual event itself ;) Any plan that is worth it’s salt is going to lay out a well paced logical progression building over time. One thing that we should never do is see an exciting looking race, jump on it with three weeks to go and get as many training sessions crammed in as we can manage before kick-off. I broke my own rules and now I am paying for it. Not “big-time” but a little.

The race I ran was part of a series of five marathons to be run on the same course in Bergen, Norway in the Fana district. 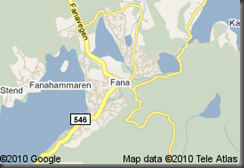 Part of the “Bergen MaratonKarusellen” It is a beautiful route snaking around several lakes. I have used parts of it  during my winter training months and love it. 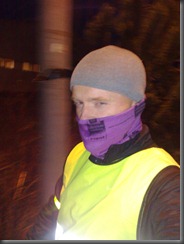 I haven’t really rested since the Oslo marathon in September of last year. Since then I ran a half marathon in October – again on this route in Fana. I think I have pushed myself a little too hard to try to get this marathon in without considering or planning my training properly. In hindsight I think that I should have stepped down my training rapidly after the half in October and then ramped it up again in December, jumping straight in with long runs of around 35 KM. I simply did not get enough long runs in this time – that was my mistake. Luckily it hasn’t led to injury – just an aching ham string and my old right foot pain which is par for the course after each endurance race I complete.

The race itself was cold and run mostly on snow and ice. I decided not to wear my shoe spikes. Traction wasn’t that tough as the route was pretty clear after snow plowing and salting. The first 33 KM went pretty well but I began to feel the drop in body temperature and motivation that signaled “the wall” quite early in this race. Previously it has been around 40 KM. I managed to push through it with a toolkit comprising of Bassett’s Wine Gums and self-motivating affirmations – my secret weapons of choice.

In sharp contrast to the recent Oslo marathon this was my first lesson in under-preparation for a race. I survived it, but it really took the fun from the last 10 KM of the event, though the self-satisfaction of overcoming this made up for it after finishing. I will use this knowledge and have learned so much from it. I will be posting my new spring training plan up here soon and it is going to be variation. I am looking to train harder am going to cross train to build for my summer training plan which will be back to focused running ready for the Oslo marathon 2010.

The final time was a couple of minutes over four hours – slower than Oslo but I am content knowing I made it through the snow and ice. 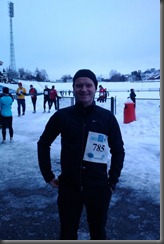